The charts below give information about travel to and from the UK, and about the most popular countries for UK residents to visit.

Visits to and from UK 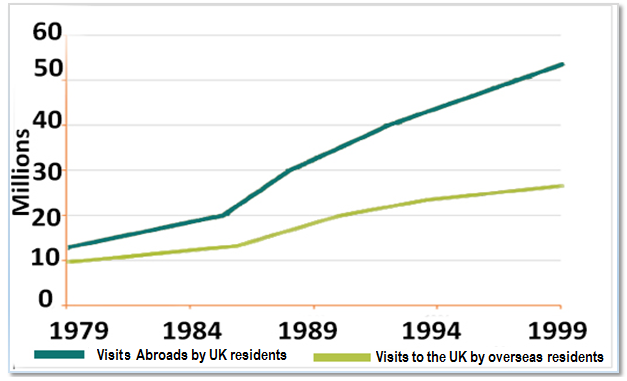 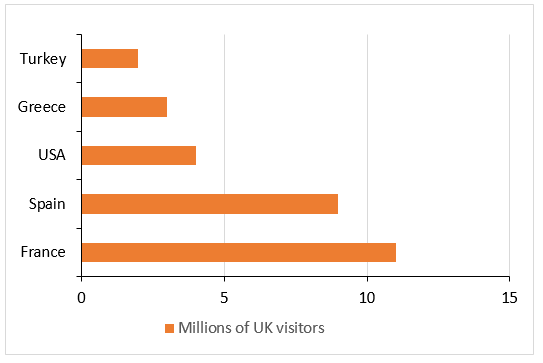 Sample Answer:
The provided graph shows the number of people who travelled to the United Kingdom from 1979 to 1999 and also shows the visits by UK citizens to other countries.

As is observed from the first line graph, initially in 1979 about 10 million tourists came to visit UK and over time this number increased steadily. In 1984 total number of tourists who came to UK reached to 20 million and finally in 1999 this number went over 50 million. On the other hand visit to other countries by UK residents in 1979 was less than 10 million. This number gradually increased over time and reached to over 25 million in 1999. This shows that UK had more tourists who visited there than the number of UK people who travelled to other countries.

According to the second graph, France was the most popular destination for UK residents in the year 1999 when more than 10 million UK citizens visited France. Spain was the second most popular destination for UK people. USA, Greece and Turkey had far less UK visitors in this year compared to France and Spain – all amounting less than 5 millions UK tourists.