The graphs below show information on the production of consumer goods and the consumption of television sets in Russia.

Write a report for a university lecturer describing the information in the graphs below. 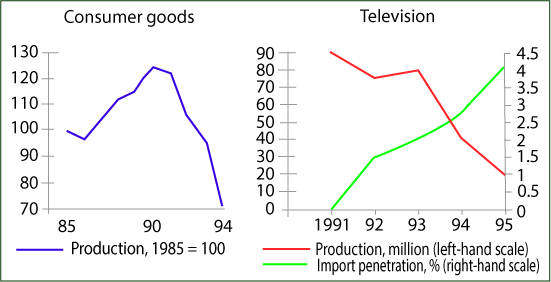