The charts below show the levels of participation in education and science in developing and
industrialized countries in 1980 and 1990. 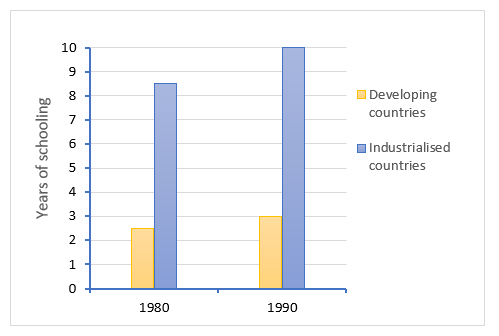 Scientists and technicians per thousand people 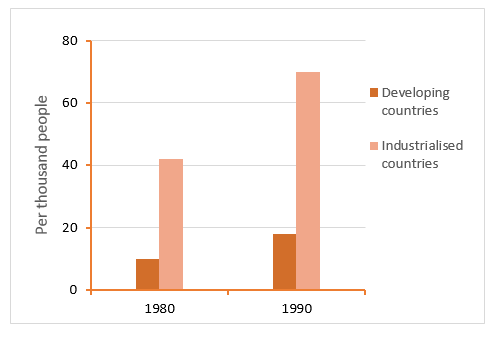 Spending on research and development 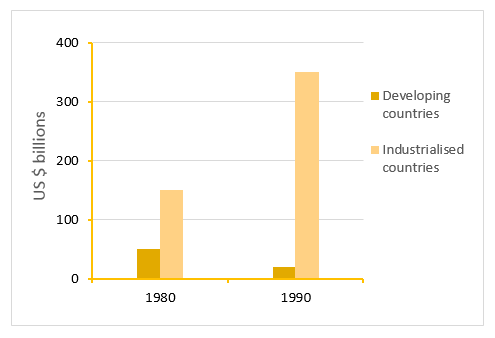 Sample Answer:
The provided bar graphs compare the conditions of education sector of developing and developed countries in 1980 and 1990.