The diagram below shows the steps in the hiring process at a large corporation. 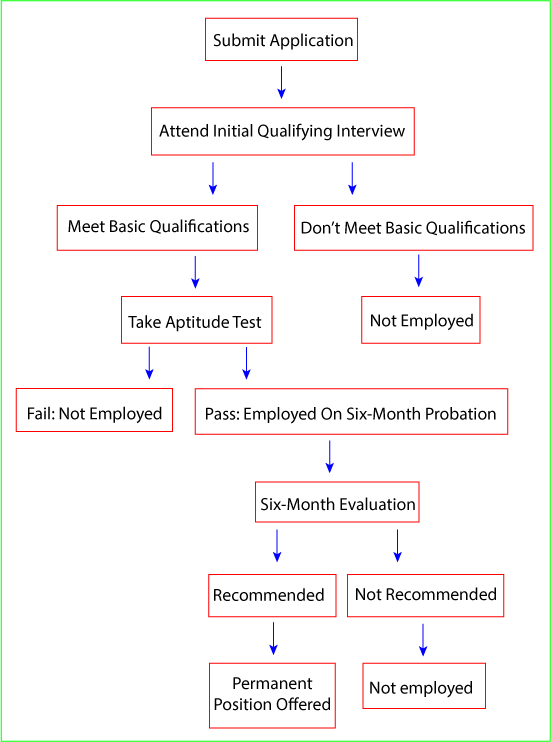 The given diagram presents steps followed by the Acme Corporation for hiring new employees. As is given in the illustration, the hiring process starts with application submission by the prospective candidates and ends with offering them permanent jobs in the company.

Initially the applicants submit their applications and based on their applications they are called for interview. If the interviewees do not meet basic qualifications in the interview, they are discarded. Those who meet basic qualifications need to take the aptitude test. The test takers who fail this aptitude test are also disqualified for the job. Those who pass this test are given temporary employment in the company but with a six-month’s’ probation. After six months those temporarily employed persons’ performance are evaluated. If an employee is recommended, he is offered a permanent position in the company. Who fail to perform satisfactorily during the probation period do not get the permanent employment in Acme Corporation.