The line graph shows estimated sales of gold in Dubai for 12 months in 2002 in millions of Dirhams. 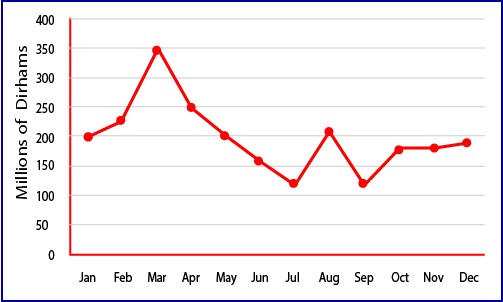 Sample Answer:
The given line graph provides information about the approximate gold sales in Dubai in 2002. The horizontal axis of the graph presents the 12 months of the year 2002 while the vertical axis presents the sales of gold in millions of Dirham which is the currency of Dubai.

It can be noticed that the gold sales in Dubai made the highest amount in March.