The graph shows estimated oil production capacity for several Gulf countries between 1990 and 2010. 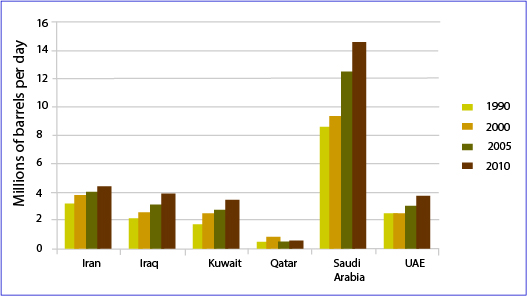