The graph below shows changes in young adult unemployment rates in England between 1993 and 2012. 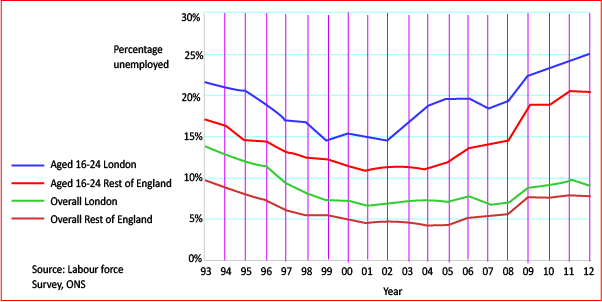