The table shows working hours and income for four jobs. 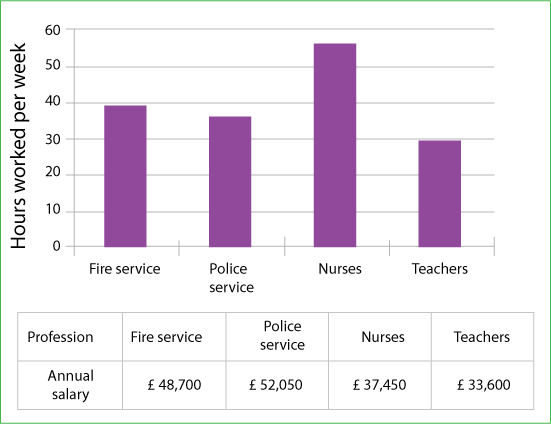 In case of salary, police earn more than other professionals. They get more than 52 thousand pounds per year compared to 33,600 and 37,450 pounds for teachers and nurses respectively. Thought the fire service men work slightly more hours than polices, their annual salaries are about 3 thousand less than police officers. Teachers’ salaries per year are the lowest and nurses get comparatively less salary though their working hours per week are more than other professionals.