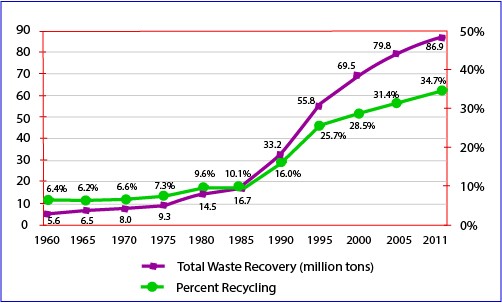 Sample Answer:
The given line graph presents data on garbage recycling in the United States for 51 years’ time starting from 1960. Overall, the waste recycling amount in the USA gradually increased after 1985.

Initially in 1960 more recycling was done than the total waste recovery but after the year 1985, the garbage recovery amount started crossing the recycling with a gap of over 12% in 2011.