The graph below shows the unemployment rates in the US and Japan between March 1993 and March 1999.

Unemployment Rates: US and Japan 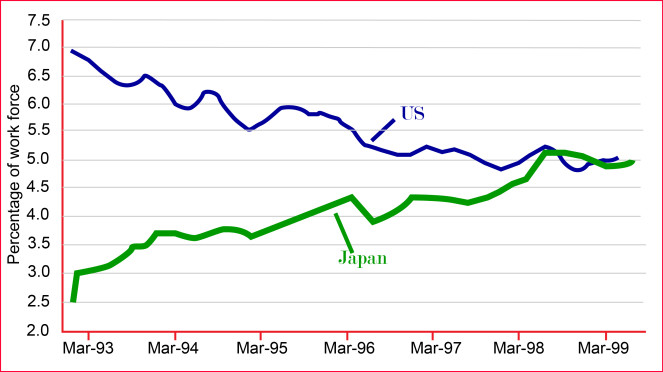