The graph below shows trends in US meat and poultry consumption. 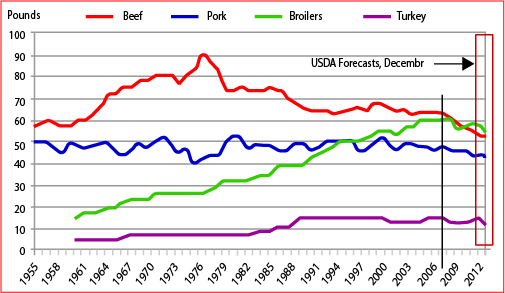