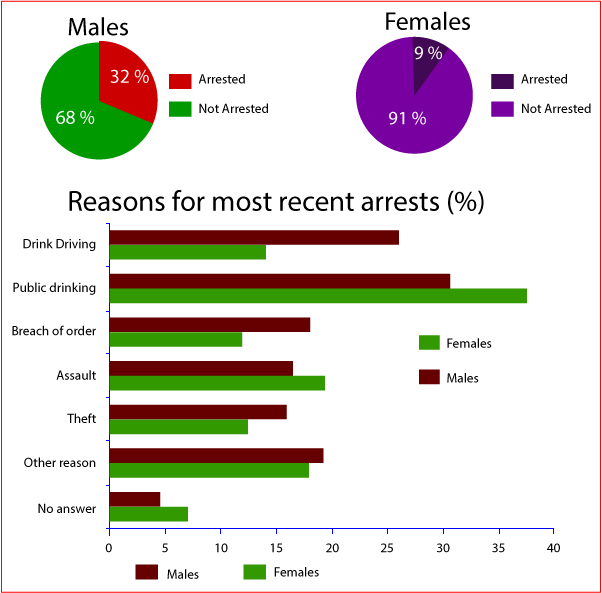 The supplied illustration presents information about the imprisonment figure and reasons for arrest over a five years period. Overall, male were arrested more than female and drinking related issues were the main reasons for the most of the arrests during this period.

The bar graph reveals the reasons why the police have recently arrested people. As is observed, drinking in public was the main reason for those arrests and more female (over 35%) were arrested than men (over 30%) for public drinking. Second most number of arrests was related to drink driving for which 25% male were arrested compared to about 13% female arrests. Other main reasons for which recent arrests were made include breach of order, assault and theft. For theft and breach of order more men were arrested than women while the opposite is true in case of assault. All other reasons combined to about 20% arrests both for men and women (slightly less than men).