The bar chart below shows the number of students in three courses from 2001-2004.

Identify and summarize the main data presented on the graph. 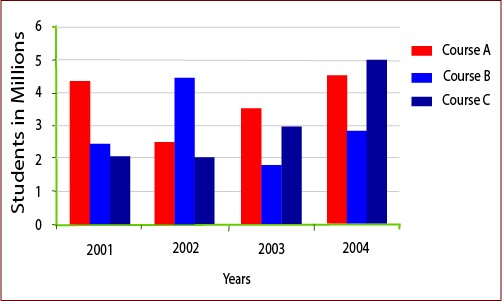 Sample Answer:
The provided graph gives information about the students in three different courses in millions for a four years time. Overall Course A received the highest number of students in these years but in 2004 Course C became most popular.