The table below shows the figures for imprisonment in five countries between 1930 and 1980.

Write a report for a university, lecturer describing the information shown below. 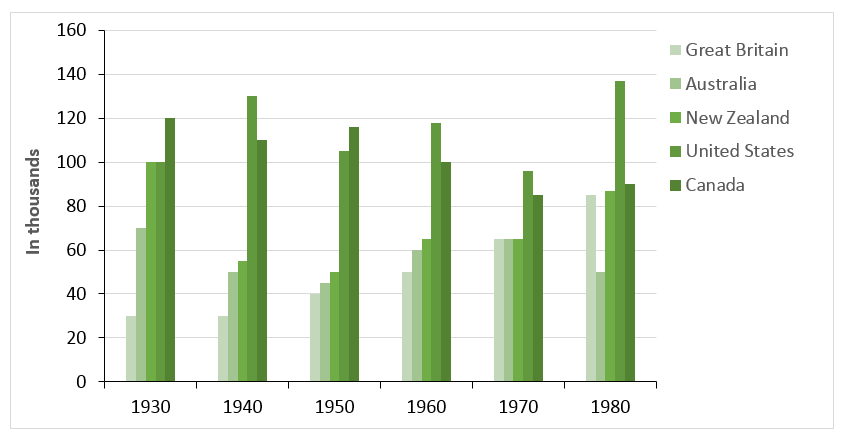 As is observed from the given bar graph, number of prisoners in United States and in Canada were higher in numbers than other three countries. Initially in 1930, total number of prisoners in Great Britain was lowest among the given five countries which was about 30 thousands. This number in Australia in the same year was around 70 thousand. Imprisonment number in New Zealand and in United States in this same year was 100 thousand for each countries. The imprisonment number at that time in Canada was highest which was 120 thousand. After 10 years this number in Great Britain was almost same as it was 10 years earlier while the number in Australia decreased to just above 30 thousand. Interestingly the number of imprisonment in US this year increased sharply and reached to over 130 thousand. In 1940, the total prisoner in Canada decreased.