The chart below shows the total number of minutes (in millions) of telephone calls in Finland divided into three categories, from 1995-2004. 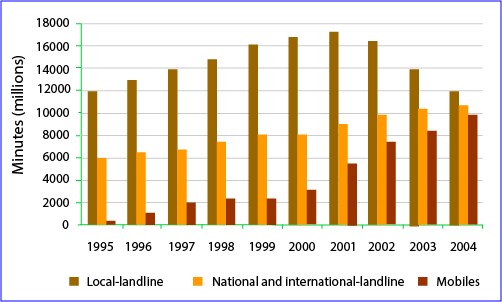 Sample Answer:
The supplied illustration presents information about the telephone call duration in Finland for local, national & international and mobile phones for 9 years time. Overall, more mobile phone calls were made in later years while local landline usages for calling decreased over time.