The pie charts below give data on the spending and consumption of resources by countries of the world and how the population is distributed. 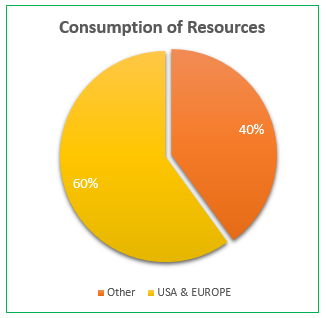 Sample Answer:
The given illustrations gives information about the resource consumptions, spending and population distribution in the world.