The chart and graph below give information about sales and share prices for Coca-Cola. 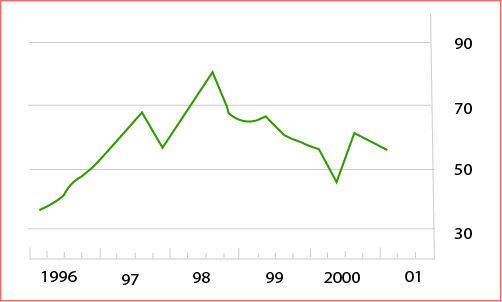 A lot of bottles Coca-Cola’s unit case volume by region 2000, % of total 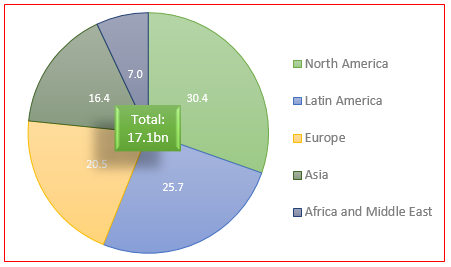 Sample Answer:
The given diagrams present information about the sales quantity and share prices of famous brand Coca-Cola. As is observed from the presented graphs, the share price of Coca-Cola increased considerably in 1998 and then fell to about 55 dollar in 2001 North America and Europe had the highest percentages of sales of this product in 2000.