Write a report for a university lecturer describing the information in the graph below.

Rates of smoking in Someland –men and women 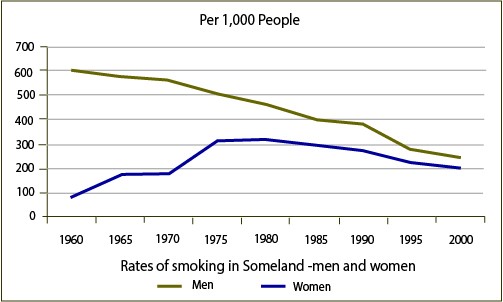 Sample Answer 1:
The line chart presents information on the male and female smokers in Someland for a 40 years period starting from 1960. Overall, the number of male smoker decreased over time but the female smokers’ number increased at the same time.