The graph below shows the quantities of goods transported in the UK between 1974 and 2002 by four different modes of transport. 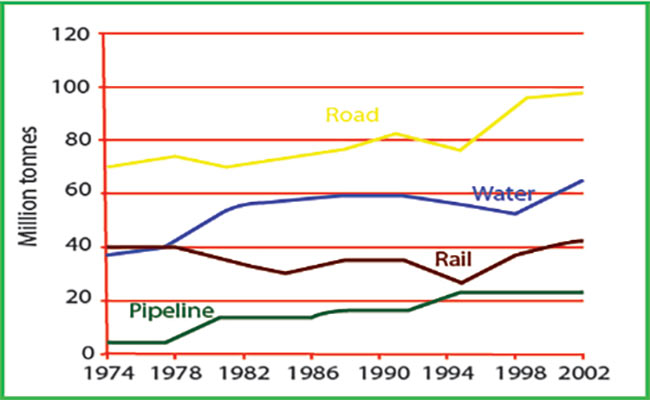 According to the given illustration, about 70 million tones of various goods were transported in the UK using the road transportation system initially in 1974. In this year second largest goods quantity (40 million tonnes) was transported using the rail lines while almost similar amount of goods were brought in using water ways. Pipelines were used to bring the minimum amount of goods which consisted of about 5 million tones.