The graph below shows the proportion of the population aged 65 and over between 1940 and 2040 in three different countries.

Summarise the information by selecting and reporting the main feature and make comparisons where relevant.

Proportion of population aged 65 and over 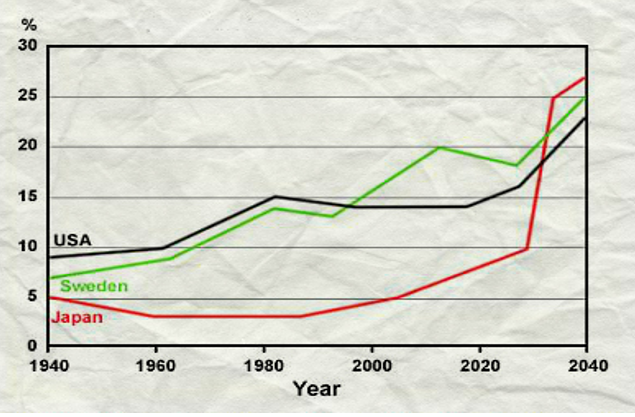 Sample Answer:
The given line graph compares the number of aged population who are 65 years old or over in three different countries from 1940 and gives projection till 2040.

After 1990, the percentages of aged population in all the three countries showed some fluctuations and overall increase could be observed. The projection shows that the number of aged people who are either 65 years or older would increase significantly. It is forecasted that the percentage of senior citizens in all the three countries would increase sharply and would reach to over 25% approximately which is almost 5 times higher than that was in earlier 1940.