The graph below shows the population change between 1940 and 2000 in three different counties in the U.S. state of Oregon. 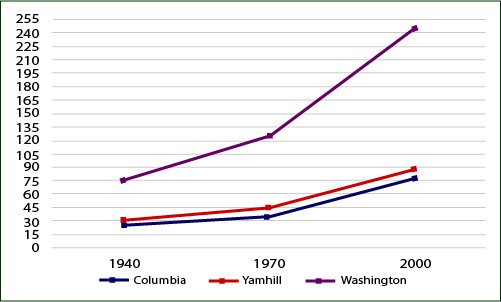