The line graph below shows the percentage of tourists to England who visited four different attractions in Brighton. 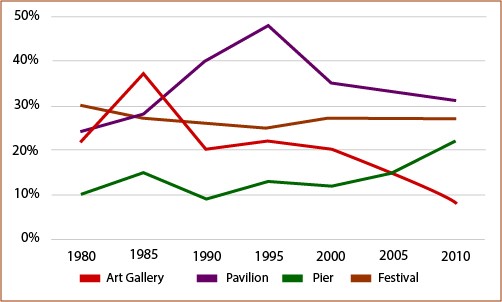