The bar chart shows the number of overseas students enrolled in a third year Computer Science course at a Canadian college.

Summarise the information by selecting and report in the main features, and make comparisons where relevant. 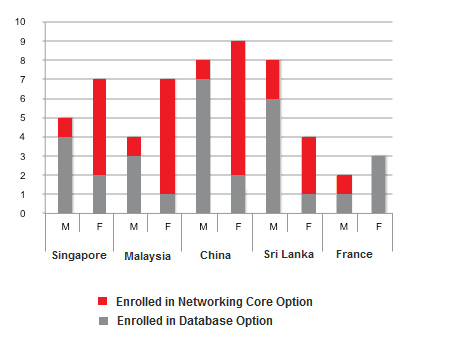 Sample Answer:
The given illustration presents information on the overseas students who got admitted in a Canadian College in a third year Computer Science course. Students in this course came from five different countries and they either chose networking or database for this course.

Overall, more male students picked database as their subject in third year in this Canadian college while majority of female students from this major chose database.