The line graph below gives information about the number of visitors to three London museums between June and September 2013.

Number of visitors per month in summer, 2013 (in thousands) 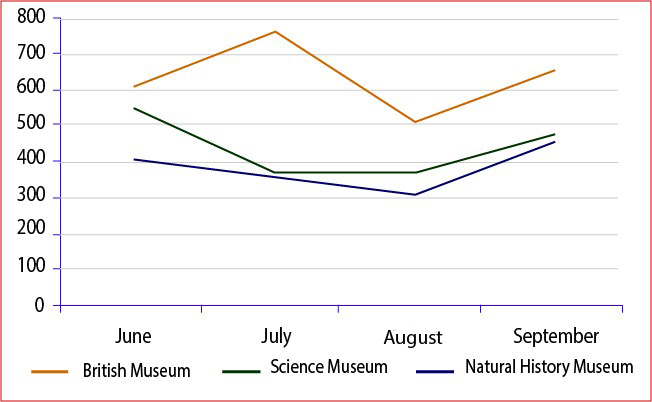 Sample Answer:
The supplied diagram shows comparison on the museum goers to three London museums between June 2013 and September 2013. As is presented in the graph, British Museum had the largest number of visitors among the given museums and average visitors to these three museums were somewhat 300 to 750 thousands per month.