The chart shows the number of mobile phones and landlines per 100 people in selected countries. 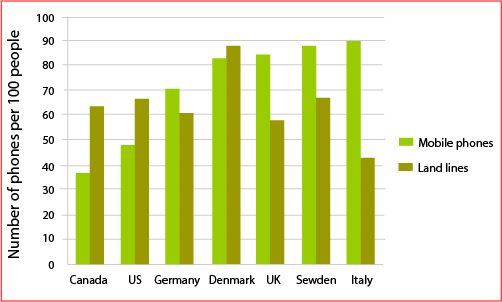 Sample Answer 1:
The supplied bar graph gives information on land phone and mobile phone users in 7 different countries. As is observed from the graph, in Canada, US and Denmark more people use land phones than mobile phones while opposite trend is true for Italy, Sweden, UK and Germany.