The graph below shows the number of complaints made about noise to Environmental Health authorities in the city of Newtown between 1980 and 1996. 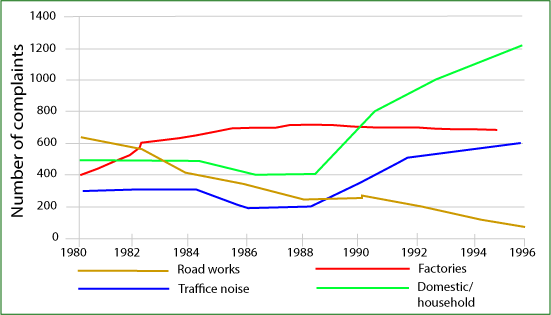 The given line graph illustrates the number of complaints made to Environmental Health authorities about excessive noise between 1980 and 1996 in Newtown city. As is presented in the given diagram, complaints about road works noise decreased over the time while the number of noise related complaints regarding domestic noises increased.