The line graph below shows the number of annual visits to Australia by overseas residents. The table below gives information on the country of origin where the visitors came from.

Visits to Australia by overseas residents 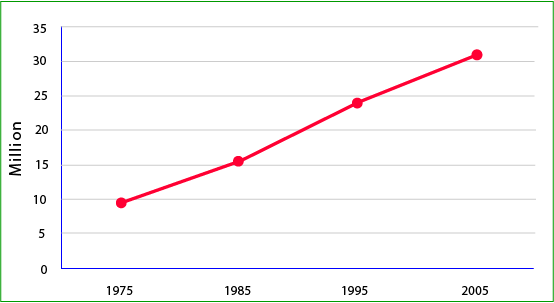 Sample Answer:
The given illustration provides data on the annual tourists’ number in Australia and the countries from where these tourists come from. As is observed from the given data, the number of overseas tourists in Australia increased over the period and majority of these tourists came from Asian countries.