The bar chart shows the number of children in two different age groups in an average class in different countries. 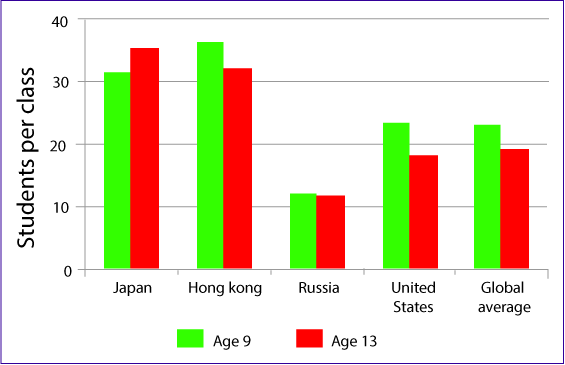 The column graph compares the number of students from different countries in an average classroom. Those students are divided in two age groups: 9 and 13 and they come from Japan, Hong Kong, Russia, and United States.