The chart below shows the percentage of male and female teachers in six different types of educational setting in the UK in 2010. 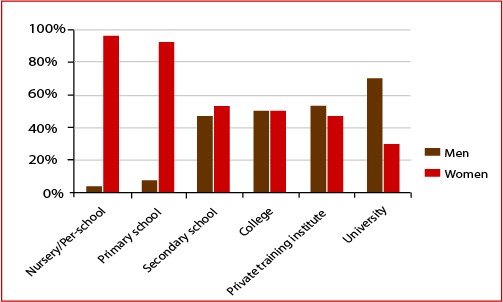 Sample Answer:
The provided bar graph gives data on the percentage of male and female teachers in six different educational stages in the United Kingdom in the year 2010. Overall, more women teachers could be observed school level while in higher education level more male teachers were engaged.