The graph below shows the long-term international migration, UK, 1999-2008. 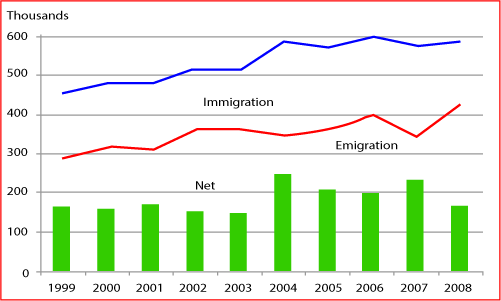 Sample Answer:
The provided illustration presents data on long-term international immigration and emigration in the United Kingdom from 1999 to 2008. Overall, the net migration in UK showed some fluctuation throughout the years but it was highest in the year 2004.