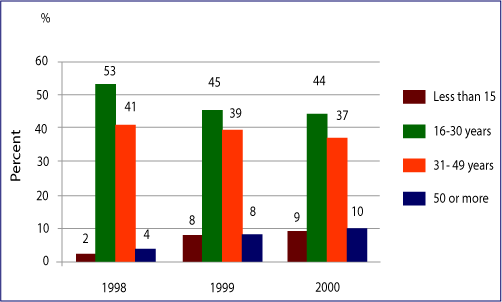 Sample Answer:
The supplied bar graph presents information about the internet users in Taiwan dividing them in 4 age groups from 1998 to 2000. As it can be seen from the given data, the younger and aged people started using internet more in numbers while this was opposite for Taiwanese from 16 to 49 years.