The chart below shows numbers of incidents and injuries per 100 million passenger miles travelled (PMT) by transportation type in 2002. 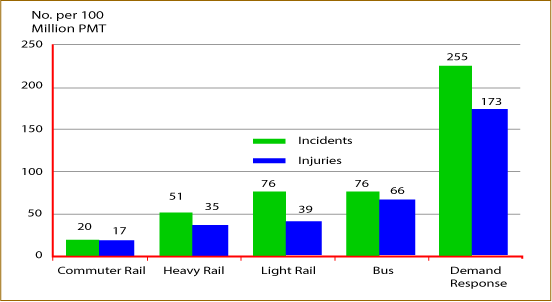 Sample Answer:
The given illustration presents information about the accident incidents as well as injuries from that per 100 million passengers travelled by four different transportation types in the year 2002. As is seen from the given bar graph, in 2002, total incident demand was 255 while the response was 173.

Total number of Demand of incidents was 255 compared to the response of 173 in 2002 in case of incidents injury caused by four different transportation types.