The chart and table below give information about healthcare resources and life expectancy in different countries.

Hospital beds per thousand of the population 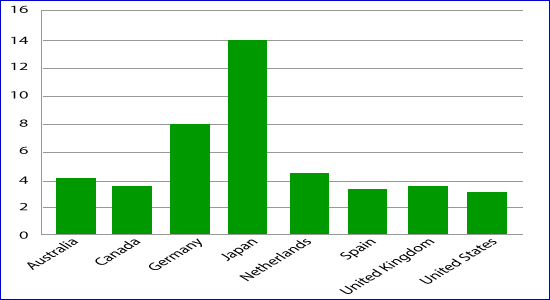 The given bar chart supplies data on the number of hospital bed facilities for each thousand people in eight different countries whereas the table data gives information about the healthcare spending and average life expectancy in Japan, Netherlands and US. Overall, Japan has more hospital beds for per thousand people while the US spends more on healthcare budget.