The chart below shows global sales of the top five mobile phone brands between 2009 and 2013.

Summarize the information by selecting and reporting the main features and make comparisons where relevant. 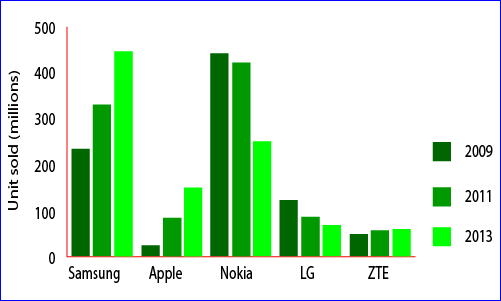