The chart below gives information about global sales of games software, CDs and DVD or video.

Write a report for a university lecturer describing the information. 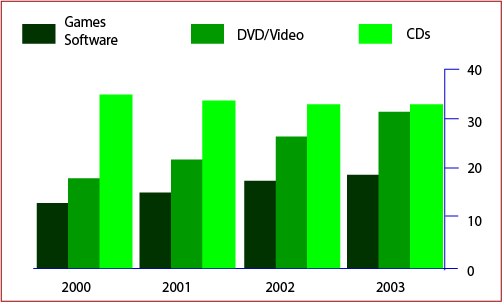 The given bar graph presents data about the worldwide sales of games software as well as CD, DVD or video sales from 2000 to 2003. Overall, the sales of DVD videos increased significantly over the years while CDs remained as the highest selling items with slight gradual decreases.