The bar graph shows the global sales (in billions of dollars) of different types of digital games between 2000 and 2006. 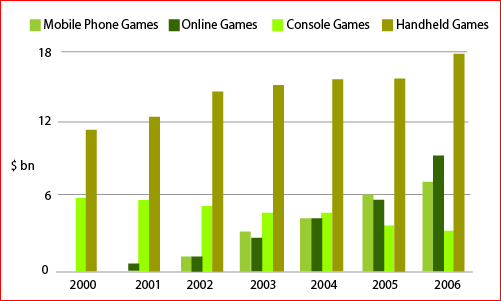 Sample Answer:
The given illustration provided data on the sales amount of four different types of digital games from the year 2000 to 2006. The digital game categories are mobile phone games, online games, console games and handheld games. The amount of sales is given in billions of dollars. Overall, the handheld games sales amount was much higher than other types of games’ sales.