The graphs below give information about fast food consumption in a European country.

Pence per person per week. 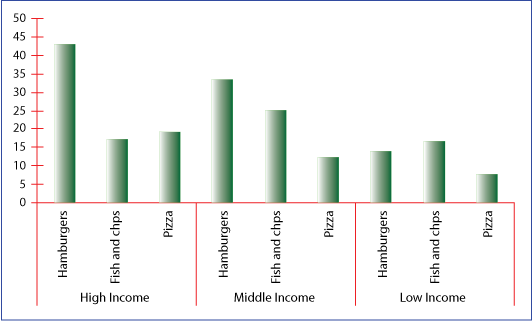 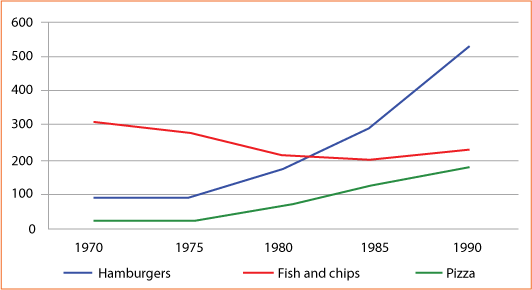 The given illustration presents information about the quantity and type of fast food consumed in a European country. As is observed from the given graph, hamburger was more popular among rich people and over the years it became the most popular fast food items in this European country.