The graphs below show the Expenditure on Heath & Education, UAE as percentage of GDP and Infant mortality and life expectancy.

Expenditure on Health & Education, UAE as % of GDP 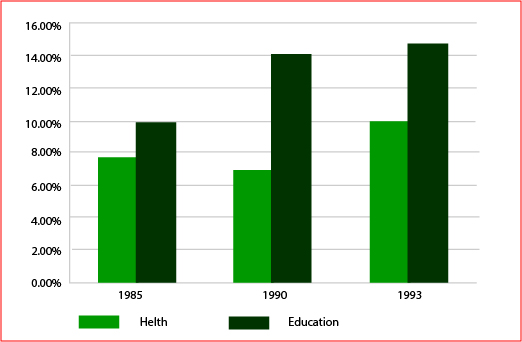 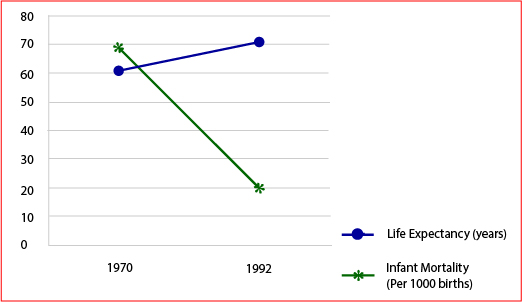 Sample Answer:
The provided bar graph shows the health and education related expenses of UAE from 1970 to 1992 and the line graph presents data on the life expectancy and infant mortality rates of UAE for the same period of time.