The Bar graph bellow shows the Expenditure in Million Pounds on fast food items by income groups in UK. 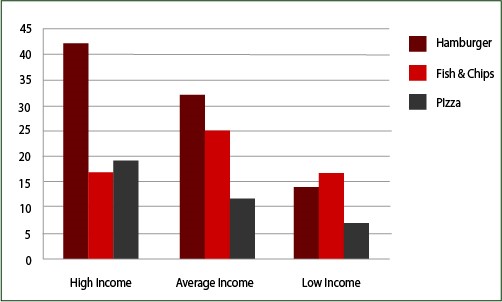 Sample Answer:
The given graph gives information on the fast food expenditure of UK people in 1990. The expenditure is divided in three income groups (High, Average and Low) and the expenses are shown in million Pounds. Overall, people who fall under high income group expensed most on Hamburger and Pizza while Fish and Chips were more popular among the average and low income class people.