The graphs show enrollment in different colleges in the Higher Colleges of Technology in 1999.

Graduates by Level and Gender 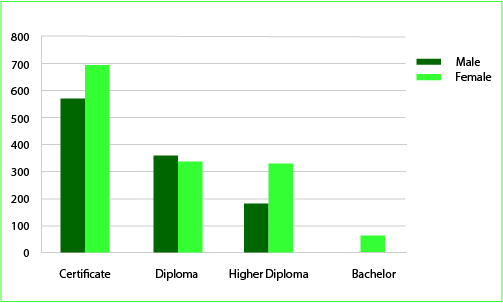 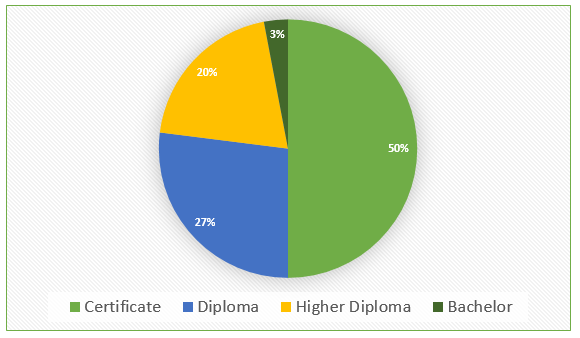 Sample Answer:
The given diagrams show the total number of graduate students in different colleges, comparison of male and female graduates and the level of graduates in 1999.

The second bar graph depicted the level of graduation based on gender and it clearly shows that female graduates were higher in number in Certificate, Diploma and Higher Diploma level. For the Certificate level, there were about 700 females compared to the approximately 580 males. In Higher Diploma level female were almost double than their male counterpart. For bachelor level no data was given for the male while there were about 60 female bachelor degree holder.