The pie charts below show electricity generation by source in New Zealand and Germany in 1980 and 2010. 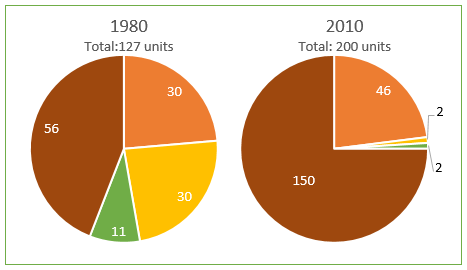 Electricity Generation by Source in Germany

After 30 years, nuclear power became the main source for generating electricity in Germany that produced 155 units out of total 214 units. 27 and 28 units of electricity were produced using coal and hydro power and others sources contributes very less units if electricity generation.