The graph below shows the consumption of fish and some different kinds of meat in a European country between 1979 and 2004. 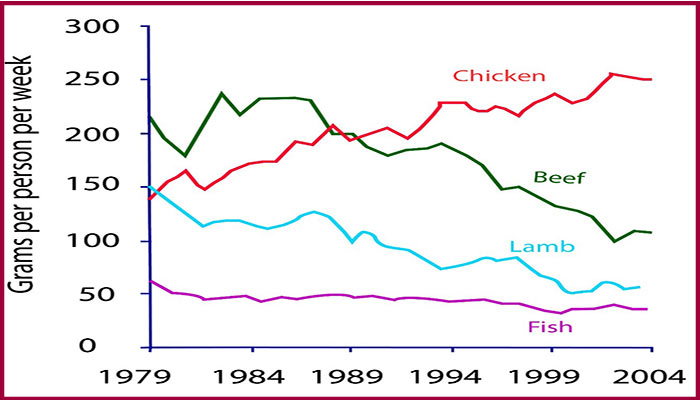 In summary, people preferred eating chicken meat while they took less beef and lamb meats over the period in this European country.