The graphs below show the computer ownership from 2002 to 2010 and also categorise this ownership based on education level.

Summarise the information by selecting and report in the main features, and make comparisons where relevant. 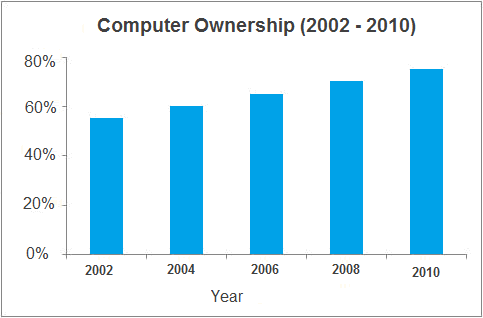 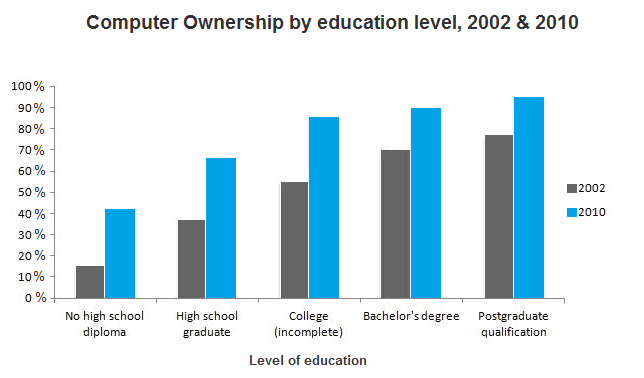 According to the first bar graph, about 55% people had their personal computers in 2002 and this percentage kept in increasing gradually till the year 2010 when approximately 70% people owned this device.