The line graph below shows the changes in the share price of Outokumpu companies in euros between January 2006 and December 2010. 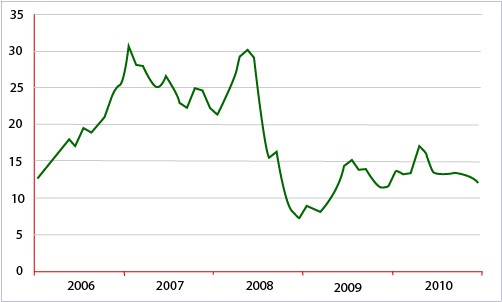