The graph below gives information about changes in the birth and death rates in New Zealand between 1901 and 2101. 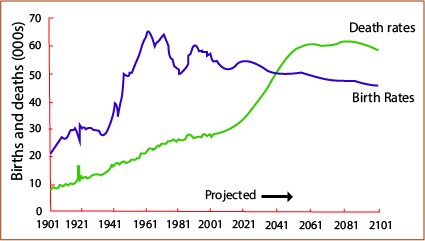 Sample Answer:
The given diagram depicts the fluctuations on death and birth rates in New Zealand from 1901 and also gives projection till the year 2101.