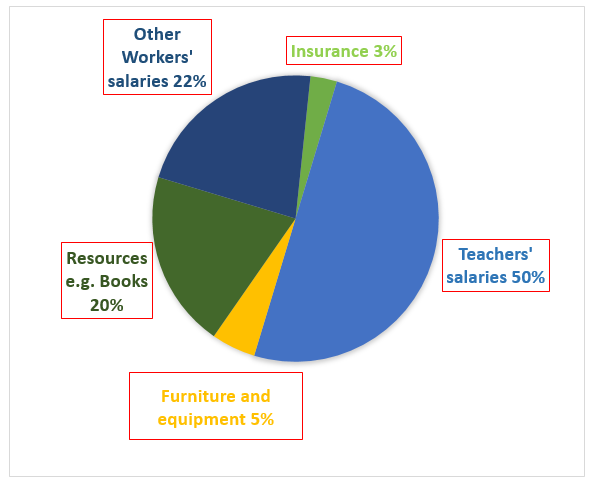 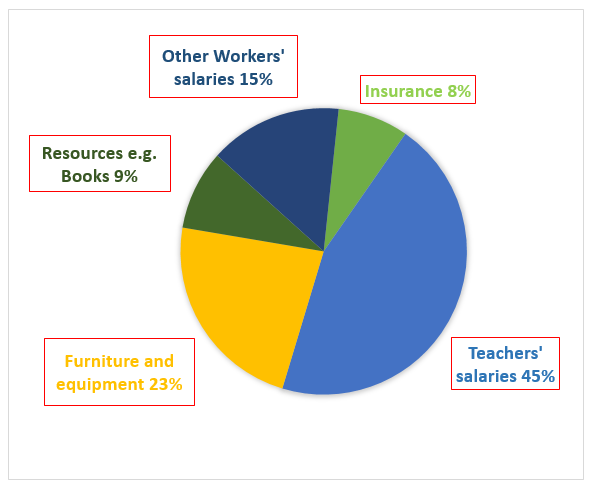 Sample Answer:
The given pie charts presents data on the annual spending in an UK school in three different years commencing from 1981 with a ten years gap. As is observed from the given data, teachers’ salary formed the highest percentage of expenses in all these three different years.

According to the given information, expenses for teachers’ salaries in 1981 in the given UK school consisted 40% while it was 28% for other school staffs. For resources like books the expense was 15% and insurance expense was the least percentage of cost which was 2%. Furniture and other equipment took 15% costs which was exactly same as it was for resources like books.