The chart shows British Emigration to selected destinations between 2004 and 2007. 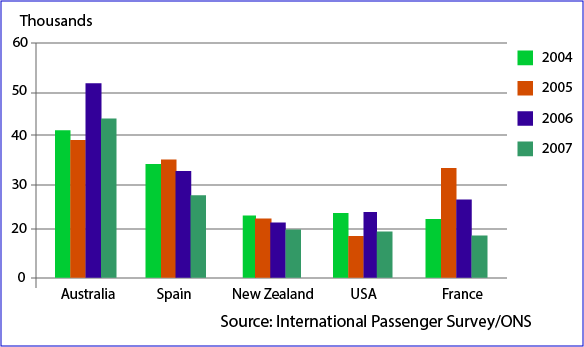 Sample Answer:
The given bar chart compares the emigration by British people in Australia, Spain, New Zealand, the USA and France for a 4 years period. Overall, Australia was the most popular emigration destination for British citizens. The data was taken from International Passenger Survey/ ONS source.