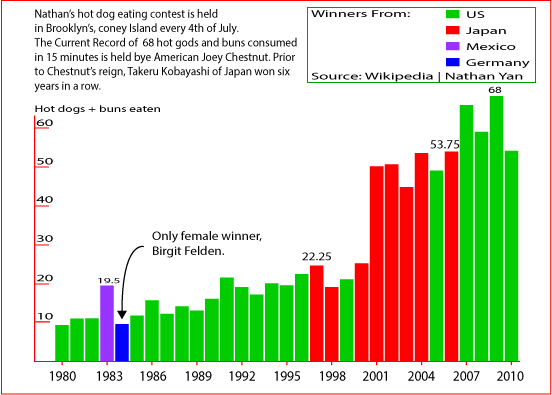 Sample Answer:
The provided bar chart gives information on the Nathan’s hot dog and bun eating content for 11 years time and also shows the winners from four different countries namely US, Japan, Mexico and Germany. Overall, the number of hot dogs and buns eaten for winning the contest increased over time and US participants won the competition more times than competitors from other countries.