The given bar chart presents data on average weekly household expenditure by region, 2007-09. 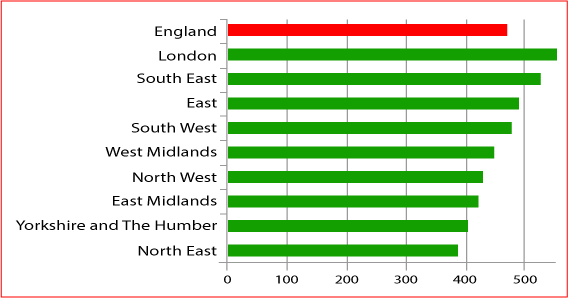 The provided bar graph gives data on the weekly household expenses on different regions of United Kingdom from 2007 to 2009. Overall, the average weekly holiday in UK was over 450 Pounds” and in London this expenditure was highest amounting over 550 Pounds. The information was taken from ONS, Family Spending 2010 statistics.