The table gives information about the average hours spent on the Internet by European people of different age groups. 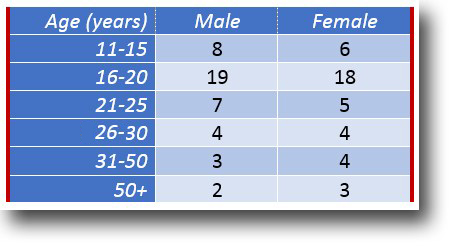